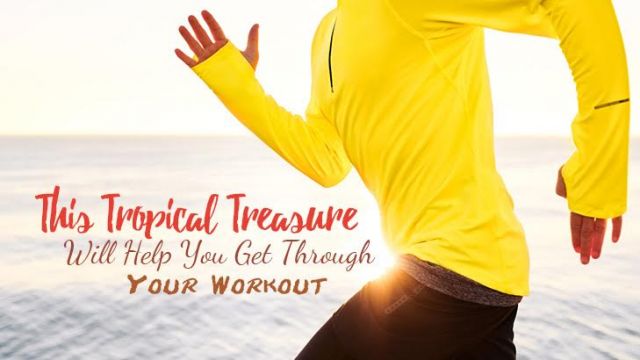 If you give a young coconut a gentle shake, you’ll discover a significant amount of liquid sloshing inside. This liquid is coconut water, and it’s an incredibly nutritious and hydrating substance.

Besides enjoying coconut water for its delicious, tropical taste, did you know it’s an excellent beverage to hydrate you before and after a workout?

After exercising, many people turn to sports drinks to replenish electrolytes, sodium and potassium. However, these drinks are high in refined sugar, and they often contain artificial flavorings and colors. Not exactly the best thing for your body.

So, how does coconut water compare against sports drinks, and plain water, for rehydrating after exercise? Research has shown favorable results.

In a 2002 study published in the Journal of Physiological Anthropology and Applied Human Science, researchers tested the hydration effects of coconut water, sports drinks and plain water on eight healthy men after exercise. On their results, the study authors wrote:

“CW [coconut water] was significantly sweeter, caused less nausea, fullness and no stomach upset and was also easier to consume in a larger amount compared with CEB [carbohydrate-electrolyte beverage] and PW [plain water] ingestion. In conclusion, ingestion of fresh young coconut water, a natural refreshing beverage, could be used for whole body rehydration after exercise.”

The health benefits of coconut water

Coconut water is high in electrolytes, as well as amino acids. It also contains natural simple sugars (which need to be replaced after exercise), B-vitamins including niacin, pyridoxine, riboflavin and thiamin, and a wealth of minerals. These minerals include calcium, iron, magnesium, manganese, along with a high amount of potassium.

After a workout, replacing both sodium and potassium is essential. Coconut water is great for this purpose. This natural elixir also contains bioactive enzymes, including catalase, peroxidase and diastase, which can help boost your body’s digestion and metabolism.

Magnify the hydrating powers of your coconut water

Though it is very high in potassium, the sodium content of coconut water is rather low. If you are doing a long and strenuous workout, you’ll need to replace your body’s sodium content as well. Research has found that adding some sodium to coconut water can boost its effectiveness in these circumstances.

A 2007 study performed by researchers at University of Science, Malaysia tested the restorative effects of plain water, sports beverages, coconut water and coconut water enriched with sodium on 10 healthy men. The men were subjected to “exercise-induced dehydration,” and then were given the previously mentioned beverages.

“SCW [sodium-enriched fresh young coconut water] was rated lower in terms of fullness and stomach upset and was better than SD [sports drink], CW [fresh young coconut water] and PW [plain water], thus making SCW easier to consume in larger quantities compared with PW, SD and CW. It can be concluded that SCW may be used for rehydration after exercise-induced dehydration and its physiological effects are as effective as commercial sports drinks available on the market.”

Just as effective, and completely natural!

While sodium does indeed seem to boost the hydrating effects of coconut water, you don’t want to add plain old table salt, which is refined, processed and may contain additives. Either add a teaspoon of unrefined Himalayan salt, or some aluminum-free baking soda.

When it comes to hydration, especially after exercise, it really doesn’t get much better than coconut water. Have you tried it? If so, what do you think of this tropical treasure?
—Tanya Rakhmilevich