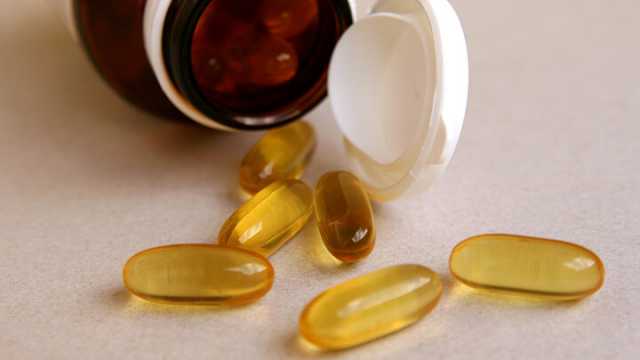 Because it is a vinegar, apple cider vinegar (also known as ACV for short) has an acidic taste. This taste may be displeasing to some people. As an alternative, people that do not enjoy drinking apple cider vinegar may choose ACV tablets. While this makes sense on the surface, ACV tablets may not have all the same health benefits as the liquid.

First, let’s talk about the health benefits. Apple cider vinegar has a long history of use in a number of traditional remedies. Some of the evidence for its use is anecdotal. However, researchers have found a few very important benefits of ACV. The following are just a few of them.

In 2014, the Journal of Food Science published a highly informative paper titled “Functional Properties of Vinegar.” This paper details the many benefits of vinegar in general. It also gives some specific information about ACV. On the antioxidant properties of vinegar, the authors wrote:

“Recent studies have suggested that bioactive compounds in foods may reduce incidences of… degenerative illnesses by providing an antioxidant effect… Bioactive substances such as polyphenols and vitamins in different types of vinegar defend against oxidative stress due to their significant antioxidant activity.”

A few of the antioxidants found in ACV include caffeic acid, catechin, epicatechin, gallic acid and p-coumaric acid. Another study, published in 2014 in the Journal of Membrane Biology, tested the effects of ACV on mice fed high cholesterol diets. On their results, the study authors wrote:

You may already use vinegar for cleaning your kitchen and many other surfaces around your home. This is a smart, natural cleaning solution, as vinegar has potent antimicrobial properties. According to the authors of the 2014 Journal of Food Science study:

“Vinegar has antimicrobial properties which make it useful for a number of applications. Vinegar has been used for cleaning and treating nail fungus, head lice, warts, and ear infections… Consumers typically prefer natural preservative methods for inhibiting the growth of foodborne pathogenic microorganisms in food… The organic acids in vinegar and mainly acetic acid pass into cell membranes of microorganisms leading to bacterial cell death.”

ACV can not only help kill bacteria, it can also help to kill fungus. A 2014 study published in the Journal of Prosthodontics examined the properties of ACV against candida, commonly known as yeast (yup, the kind responsible for yeast infections). The authors of the study revealed: 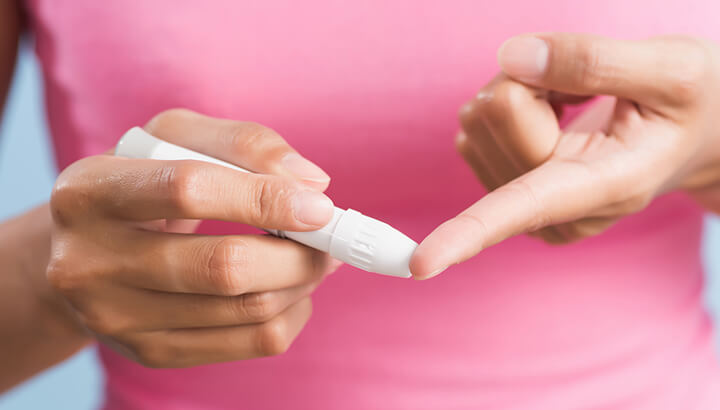 Researchers have shown that ACV may be beneficial to managing diabetes. Researchers involved in a 2008 study published in the Pakistan Journal of Biological Sciences tested the effects of ACV on the lipid profile of rats. On their results, the authors asserted:

In a 2009 study published in the journal Diabetes Research & Clinical Practice, researchers tested the effects of vinegar on diabetic individuals. Upon analyzing their results, the authors concluded that “regular vinegar use modestly improved glycemic control.”

As the result of a 2010 study published in the Annals of Nutrition and Metabolism, researchers concluded:

“Vinegar reduces postprandial glycemia (PPG) in healthy adults… The anti-glycemic properties of vinegar are evident when small amounts of vinegar are ingested with meals composed of complex carbohydrates. In these situations, vinegar attenuated PPG by [roughly] 20 percent compared to placebo.”

In 2010, researchers performed a small study of 16 individuals with type 2 diabetes, published in the European Journal of Clinical Nutrition. Researchers gave half of these individuals vinegar with meals. On their results, the study authors wrote:

“We conclude that the addition of vinegar reduces postprandial glycemia in patients with T2D [type 2 diabetes] only when it is added to a high-GI [glycemic index] meal.”

On the subject of ACV and heart health, the authors of a 2012 study published in the Life Science Journal wrote:

“Apple cider vinegar has been traditionally used since many years ago to treat a certain number of diseases including hyperlipidemia [high fat concentration in the blood] which is known as a risk factor for atherosclerosis. Early prevention and treatment of atherosclerosis can prevent complications of cardiovascular diseases. Hence, the present study aimed to review the influence of apple cider vinegar consumption on reducing blood lipid levels.”

For their study, researchers tested the effects of ACV on 19 people with hyperlipidemia. Based on their results, the authors concluded:

“Consumption of apple cider vinegar over an eight-week period had a beneficial effect in significant reductions in harmful blood lipids. It is recommended as a simple and cost-effective treatment for hyperlipidemia.”

Also, the authors of the 2014 review of ACV published in the Journal of Food Science asserted:

“Polyphenols such as chlorogenic acid which is present in high levels in apple cider vinegar could inhibit oxidation of LDLs and improve health by preventing cardiovascular diseases.” 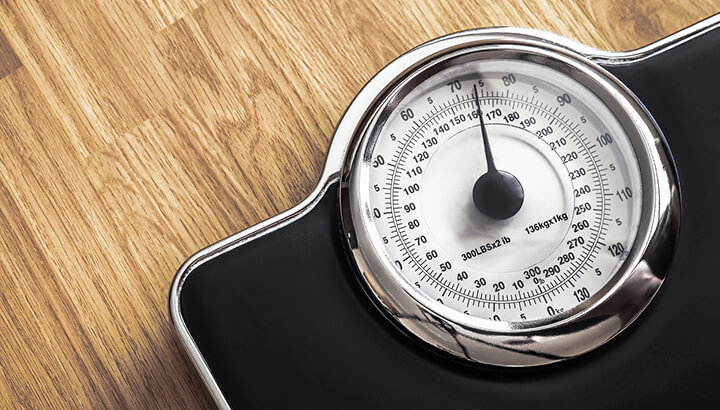 Drinking ACV with water 30 minutes before meals may benefit a well-rounded weight loss plan in a number of ways. The authors of the Journal of Food Science review explain:

“Vinegar ingestion may decrease the glycemic effect of a meal through satiety thus reducing the total amount of food consumed.”

A 2012 study published in the journal Potravinastvo tested the effects of ACV on the blood lipid profile of mice. On their results, the authors wrote:

“The ACV can help in the lowering of plasma lipids (tCh [triglyceride cholesterol] and TG [triglycerides]) and can depress their liver storage in the case of normal level of lipid consumption.”

Furthermore, Carol Johnston, the associate director of the School of Nutrition and Health Promotion at Arizona State University, said,“Acetic acid, the main component in vinegar, may interfere with the body’s ability to digest starch.”

Other benefits of apple cider vinegar

ACV contains many minerals. These include calcium, copper, iron and potassium. All of these are essential for many functions of the body. This health tonic also has many traditional uses. Just a few uses include easing nausea and heartburn, improving digestion, regulating the body’s pH, reducing acne, smoothing wrinkles and alleviating allergy symptoms. It can also be used as a face mask, hair rinse, mouthwash, deodorant and to treat the sting of sunburns.

While ACV is wonderful, apple cider vinegar tablets may not be all they’re cracked up to be. This is because there is a lot of fraud and mislabeling in the nutritional supplements market. This industry is not well regulated by the FDA. As the FDA explains on their website:

The FDA will only intervene if someone reports a product after it’s on shelves. By this time, it could have already been used by millions of people — and that’s if consumers report the problem at all. Not only could unlabeled “filler” ingredients be put into apple cider vinegar tablets, various quantities of minerals and/or acetic acid could be used.

Choosing the best ACV for your health 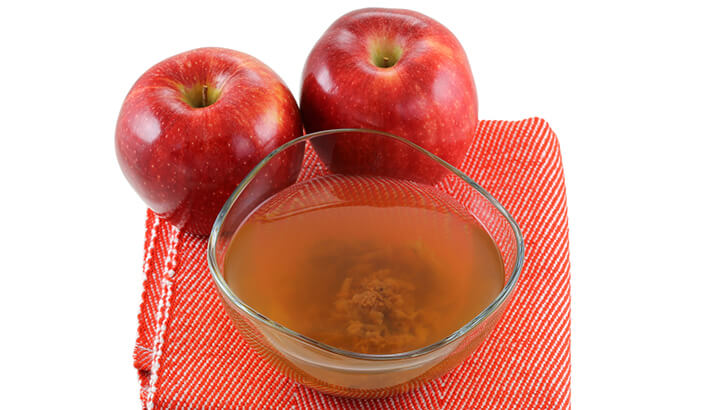 To get the most benefit without the worry, go for the real thing instead of apple cider vinegar tablets. Always choose organic, raw, unfiltered apple cider vinegar. It should be cloudy with the “mother of vinegar” intact. This is the web-like substance you see floating in the vinegar. It’s a good thing. It means that the vinegar retains maximum enzymes and health benefits.

The simplest way to take ACV is to drink a tablespoon or two in a glass of water, along with a tablespoon of raw honey. You can also add some cinnamon if you like. If you don’t like the taste, add a tablespoon of ACV to a warm cup of herbal tea. Make sure the tea is not too hot, as this could destroy some of the enzymes.

ACV is highly nutritious. Still, it is wise to talk to a health professional you trust before you start taking it. Make sure it is a good fit for your individual state of health.

Do you take ACV? Please let us know how it has helped you!

Discover 81 More Reasons to Drink This Miracle Potion Every Day =>