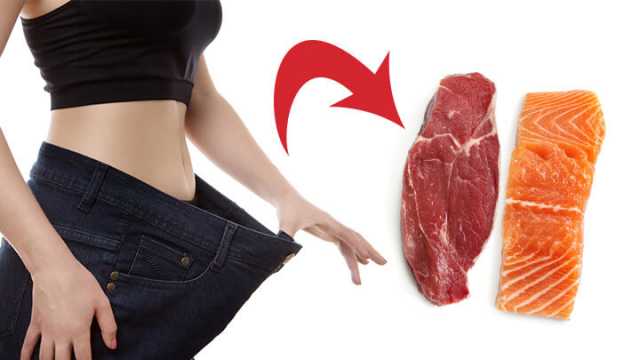 I’m not much of a meat eater. Don’t get me wrong, I love a good ol’ fashion burger during the summer, or turkey on Thanksgiving. But, overall, I’m more of a veggie kind of gal.

For those of you who are contemplating whether or not to stop eating meat for health purposes, it’s important that you have all of your facts straight in terms of your nutritional needs. A vegetarian diet isn’t necessarily healthier, if you’re deficient in key macro and micronutrients.

If you would personally like to transition to a vegan or vegetarian lifestyle, I certainly encourage this — just make sure you’re getting enough iron, protein, B-vitamins and other key nutrients. Now, for those who are specifically reducing their intake of meat to lose a little weight, you’ll be happy to know that meat can actually support your weight loss efforts.

Protein is key to weight loss

In the United States, more than a third of the population is considered to be obese. So many people struggle with what seems like an uphill weight loss battle. No matter what they do, they just can’t seem to lose the weight. Although there are so many weight loss programs and quick-fix “solutions” out there, losing those stubborn pounds isn’t as complex as many initially believe.

At the end of the day, there’s nothing more important than your diet — and that’s exactly where you should start. Although you’ll want to ensure that all your nutritional needs are met, when it comes to weight loss, protein is essential. Per calorie, most high-protein foods are within the meat and alternative category.

Unfortunately, so many desperate individuals approach weight loss in the wrong way — not only shedding fat, but critical muscle mass. This is when protein comes into play. Within a recent study, published in the American Journal of Clinical Nutrition, researchers explored this relationship. For a month, 40 young men cut dietary energy while undergoing an intense exercise program. In fact, their dietary intake was cut by 40 percent of what they would normally require. Researchers divided the participants into two groups. Both groups followed a low-calorie diet. However, one group consumed more protein.

As researchers expected, the higher protein group gained more muscle — about 2.5 pounds worth. But, to their surprise, they also lost more body fat than the low-protein group. Overall, the researchers concluded that when energy deficient, a diet high in protein promotes greater fat loss when combined with a high volume of resistance and anaerobic exercise.

Related: Eating Meat Is Your Choice, But Choose Grass-Fed

The connection between meat and your metabolism

I’m lucky in the sense that I have never struggled with my weight, but in comparison to my sister, I’ve certainly always been a touch heavier. She’s one of those people that can eat all day, every day, and not gain a pound. She’s in her 30s and nothing has changed — she still has hollow legs.

Although there are a number of possible contributing factors, more often than not, these individuals have a fast metabolism. Each individual’s basal metabolic rate (BMR) is unique to them, just like a fingerprint. This is how much your body burns while at rest, and it is partially hereditary.

Here’s where meat comes into play. When you increase your protein intake, in addition to strength training, you begin to build lean muscle mass. Since it takes more energy to maintain muscle mass than it does fat, those with greater concentrations of lean muscle mass have a faster metabolism.

Have we been focusing on poor dietary advice?

Over the years, we have been told to reduce our intake of red meat. As mentioned, I don’t really eat much meat — but that’s based on my personal choice surrounding the environmental effects of livestock farming and common factory farming practices, which is a topic for another day.

With that being said, I do eat some meat, plenty of fish, nuts and seeds, as well as beans. In other words, I make sure my protein needs are met. Now, for those of you who are aiming to improve your health, perhaps you too have cut down on meat — but this may not be ideal. Quality, unprocessed meat sources offer:

What the research has to say about meat

As mentioned in a 2014 review, published in Meat Science, the advice surrounding restrictive meat consumption could have unintentional health consequences. More specifically, researchers are concerned with the rising intake of processed foods, at the expense of nutrient-dense foods, including red meat. Unfortunately, a decline in energy from sources such as beef and eggs have been replaced by refined carbohydrates in more convenient, processed foods.

More recently, researchers have studied the health outcomes associated with processed and unprocessed meats. In one massive study, researchers followed nearly half a million people across 10 European countries for more than 12 years. They concluded that there was no association between all-cause mortality and unprocessed red meat and poultry.

Choose the right kind of meat

When you increase your intake of quality protein sources, such as grass-fed beef, wild-caught salmon and even organic eggs, you’ll be less prone to snack on junk foods. It’s all about the types of food you put into your body. When you eat enough meat as a rich source of protein, you can certainly enhance your weight loss efforts. You also need the right balance of fats and carbs as well.

The key here is consuming real foods, while completely eliminating processed alternatives. Our bodies have not yet adapted to the never-ending stream of pizza slices, french fries, crackers, cakes and more. Go back to basics. Live off fish, vegetables, meat, nuts, fruits and seeds, all while reducing your intake of sugar. You’ll feel like your best in no time!