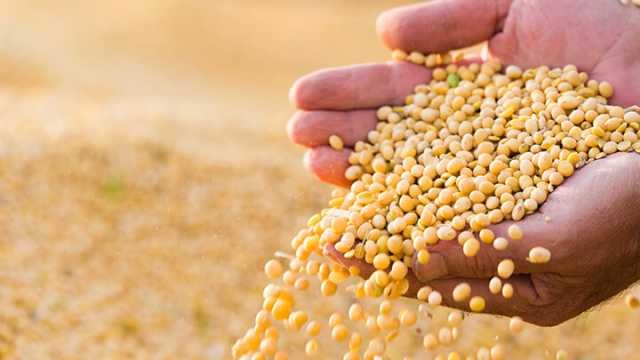 Our friends started a matcha business after living in Taiwan for six years. They source some of the highest quality matcha I have ever had, working directly with plantations they visited during their travels. This past weekend, we were at a market together and they were handing out samples of their matcha latte.

We began discussing all the allergies that people have now. They continually have to alter their recipe in order to meet the needs of their customers. When using soy milk for the froth, a fair amount of individuals commented on the negative health effects associated with soybean.

In a way, I was pleasantly surprised. This meant that the general public is beginning to pay attention to what they should and should not eat. On the other hand, the effects of soy consumption on your health are not this black and white. Here’s what you need to know about an ingredient you probably eat everyday, yet are unaware.

What’s all the fuss about?

The first domestication of soybean has been linked back to the eleventh century BCE within Northern China. It has been a staple ingredient in many Asian cultures for thousands of years. So why is there so much fuss about soy lately? Since many Americans consume soy on a daily basis, it’s critical that you understand how it may affect your health.

The issues with soy milk

As more and more research is published regarding the health effects of dairy and the treatment of dairy cows, the public continues to look for alternate sources. Of course, over the past couple of years, many have turned to readily available soy milk — if that’s what you want to call it.

Chinese cultures drink freshly squeezed, unsweetened soy milk as a breakfast staple. However, the soy milk consumed throughout America is generally thin and pumped with additives. Within one article, How America Killed Soy Milk, the author stated that when Chinese locals were asked about the subject of fresh soy milk, they laughed when told that Americans were now scared of it.

They stressed the fact that it’s only something that they drink fresh for breakfast. And like everything else, moderation is key. Although it may seem silly to Asian cultures, over 150 studies have, in fact, linked soy to negative health effects. These include infertility, allergic reactions, thyroid dysfunction, heart disease and much more.

Exclusive: Soy — The ‘Health Food’ That Is Killing You

Now, you may be thinking, well, I don’t drink soy milk or eat tofu. But unfortunately, the use of soy goes far beyond these foods. Found in the majority of processed and fast foods, soy is a toxic ingredient that you may consume daily without being aware of it. As a matter of fact, it’s not only hiding in the foods we eat, but also in items such as home insulation and erasers.

Yeah, I bet you’re not exactly working up an appetite right now, are you?

The dangers of soy are real. Based on dozens of studies, it’s important that we work together to encourage positive change — not just for our health, but also for the environment. Soy production is associated with the extensive use of synthetic fertilizers, herbicides and pesticides. Hundreds of thousands of acres being decimated, destroying crucial habitats.

In comparison to ancient Chinese cultures, the soy we consume today is not generally fermented — which we will discuss shortly. Instead, it’s mass produced. In turn, it’s creating a vicious cycle regarding our health and planet. It is only recently that we began eating processed soy foods and soybean oil, which has now spread throughout the processed food chain.

Back in the 80s, the soybean oil industry jumped on the bandwagon. They created multi-million dollar campaigns to demonize ingredients that were high in fat, such as butter and coconut oil. In reality, they were aware that they were producing an oil that was far more damaging — hydrogenated soybean oil, packed with trans fatty acids.

Based on the mass scale in which soybeans are grown, it quickly found its way into many of the food products you find in your local supermarket. To make matters worse, more than 90 percent of the soy grown in the United States is genetically modified. They are also bathed in chemicals — some which are known carcinogens.

These toxins are contaminating both our land and water, killing wildlife and potentially causing human birth defects. Within the United States alone, it’s estimated that over 80 million acres of land are currently used to grow soy. This is leading to over-cultivation and the destruction of soil, which directly influences the nutrients in our food.

Even when you purchase organic soy, this food still contains what’s known as anti-nutrients, including soyatoxin, goitrogens and phytoestrogens. Unlike fermented soy, which destroys these anti-nutrients, the majority of Americans are consuming unfermented varieties of soy milk, soy oil and soy infant formula.

So what does the research have to say? As mentioned, dozens of studies have confirmed devastating links between soy consumption and poor human health. Here are just some of the ways that soy can threaten your health. 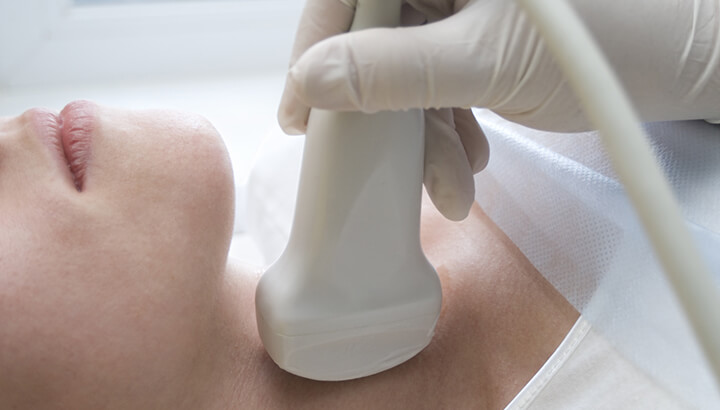 Your thyroid is a gland in your neck that secretes hormones, which regulate growth and development. In relation to soy, this food is what’s known as a goitrogen — a food that promotes an enlarged thyroid. Once researchers began noticing the effects of soy on hormone levels, a number of studies followed.

Researchers have found a number of alarming links, including an association between soy-based infant formula and autoimmune thyroid disease. There are increasing concerns associated with thyroid cancer as well. Since the 1970s, rates of thyroid cancer have nearly doubled.

Although still fairly rare, affecting 11 people per 100,000 in the United States, it’s important to recognize this increase. Of course, I am not stating that soy is solely responsible for these increasing rates. But, considering women are affected 3.5 times more than men, it’s important to look at hormonal imbalances.

Soy contains what’s known as phytoestrogens — or plant estrogens. Although these are not true hormones, they mimic estrogen in the body. Not only can they bind to estrogen receptors, but soy may also encourage the production of estrogen and lead to low testosterone levels. Also, specific isoflavones in soy inhibit thyroid hormones and cause imbalances.

Within one study, published in the Journal of Clinical Endocrinology and Metabolism, researchers were interested in the effect of soy phytoestrogen supplementation in relation to thyroid function. Although improvements were seen in measures such as blood pressure and insulin resistance, after eight weeks of supplementation (30 grams soy protein with 16 milligrams phytoestrogens), there was a three-fold increased risk of developing overt hypothyroidism. 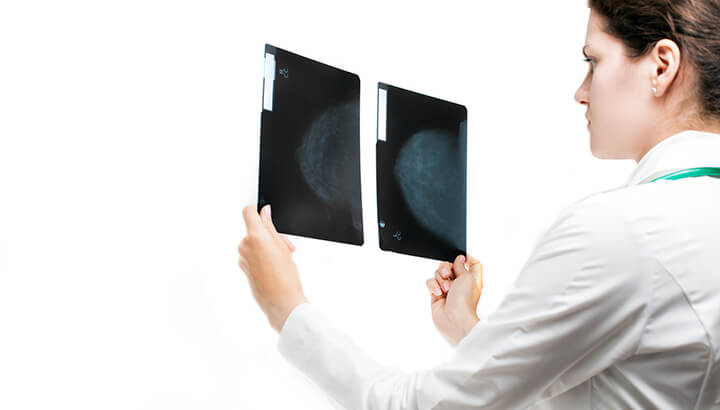 It is said that approximately one in eight American women will develop invasive breast cancer within their lifetime. Unfortunately, estrogen can promote the development and spread of breast cancer. And, in turn, many individuals are concerned about soy intake. Could this commonly consumed ingredient really influence cancer?

It’s well-known that estrogen can promote the initial development, growth and spread of breast cancers, which is exactly why physicians and nutritionists worry about excessive soy consumption. Research on the subject has been mixed, however. One study found that when women add a medium amount of soy to their diet, they can essentially “turn on” genes that can cause cancer.

Published in the Journal of the National Cancer Institute, this study focused on 140 women who had been newly diagnosed with breast cancer. During the two to three weeks leading up to their lumpectomy or mastectomy, women were randomly assigned to one of two groups. One group received a placebo and one group consumed 52 grams of soy protein.

Researchers found that several genes that encourage cell growth turned on among women in the soy group. They concluded that in a subset of women, soy could adversely affect gene expression in breast cancer. The researchers suggested that soy may be consumed in moderation as part of a balanced, healthy diet. More specifically, if you currently have early-stage breast cancer, do not eat soy in large amounts.

Ah, puberty. What a fun and awkward time. Growing up, I remember when boys voices began to break and us girls got our first bras — the joys of growing up. This natural part of life is when both males and females become sexually mature. And in most cases, girls hit puberty before boys.

Of course, each individual is unique. Some boys may go through puberty when they’re 12 years old, whereas others won’t hit puberty until they’re 16 years of age. As mentioned earlier, many babies are given infant soy formula. Could this have lasting effects?

Once again, the research is mixed. Regardless of whether or not soy is the culprit, one thing is for certain — many girls are entering puberty at an early age. Although they may develop breasts, their level of emotional and intellectual development remains unchanged. Unfortunately, researchers have found that when girls go through puberty at a younger age, they are more likely to develop symptoms of depression, anxiety and initiate sex earlier.

At this time, the majority of research has been conducted on mice, but a number of experts believe that their findings may be relevant to humans as well. While studying soy’s main isoflavone, genistein, researchers have found that when given too much, mice displayed reproductive effects later in life. These include early puberty and irregular estrous cycles (similar to the menstrual cycles we experience as humans). Researchers also found that when given in high doses, infertility increased and born litters were smaller.

This is important. Soy formula causes infants to ingest six to 11 times more genistein (based on body weight), in comparison to the levels known to cause hormonal side effects in human adults. Even if you did not give your baby soy-based formula, you need to eliminate processed, prepackaged foods from their diet. These items are a major source of both chemicals and non-fermented soy.

How can Asian cultures eat so much soy? 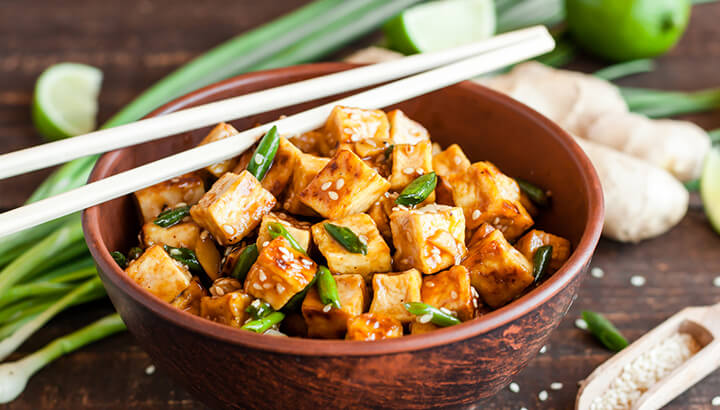 Although soy is often associated with Asian countries, the truth is, they do not consume mass amounts. As mentioned above, it’s something that citizens consume in moderation — either at breakfast or as a condiment with their meals. However, people do not replace all animal protein with soy, simply because it is a complete plant-based protein.

More importantly, they do not consume soy in the same way that most Americans do. Instead of drinking sweetened soy milk and processed snacks, they eat more traditionally prepared, fermented dishes. When you consume unfermented soy, you’re eating products that contain high levels of phytic acid.

Like anything in your diet that can potentially cause adverse effects, you need to limit your consumption. There are still plenty of unknown factors associated with soy and human health. Yet, based on the research thus far, it’s clear that a high intake of non-fermented soy directly influences a number of internal systems.

Soy has been all the craze. And in many ways, this trend has evolved out of evidence-based science regarding the consumption of conventional dairy milk. Perhaps it’s not the best idea to replace one with the other. Instead of focusing so much on the newest trend, just concentrate on eating a clean, balanced diet.

I’ve always been a massive edamame fan. But next time, I think I’ll be ordering a soup to start.