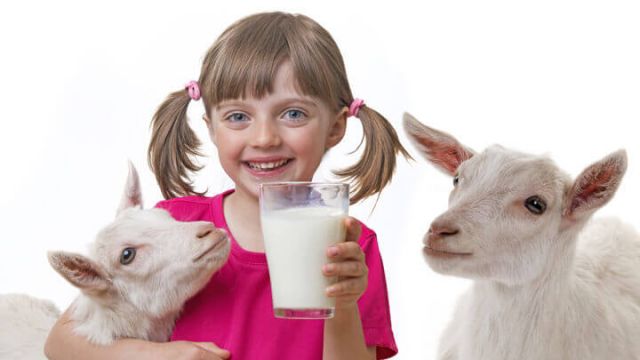 If you haven’t yet seen Farmageddon, I highly recommend the documentary — it will make you rethink our current food system. Showcasing real food from a variety of farms across the country, there are a number of shocking scenes that focus on raw milk.

You can catch a small glimpse of what’s going on across the country within this trailer:

What’s the deal with raw milk?

Both the dairy industry and government have continued to fight against the distribution and sale of raw milk, but why? Although the public is led to believe safety is the main concern, there’s more than meets the eye. Not only has raw milk been shown to be a health-boosting food, it appears to be safer than pasteurized varieties.

Exclusive: Is Raw Milk Actually Bad For You?

It appears as though these crackdowns on small raw milk farmers is based on the interests of the largest dairy producers. Operating massive factory farms, the production of dairy is a business and regulations are being put in place in order to maintain control. While strictly focusing on nutrition, quality makes an immense difference.

Conventional cow milk, for instance, goes against the nature of what healthy milk truly is. Being raised in appalling conditions, these cows are pumped with antibiotics and growth hormones while being fed an unnatural diet of grains. We’ve learned to associate milk with cows and pasteurization, but what if that wasn’t our only option?

When comparing milk from cows and goats, it’s clear that there are key differences in terms of nutrition, composition and overall health effects. When choosing raw goat’s milk, the associated benefits are even greater. This is because the process of pasteurization ends up destroying key enzymes, vitamins and minerals, whereas all of these nutrients remain 100 percent active when consumed raw.

If you have been contemplating whether or not you and your family should make the switch, here are five key benefits that may help influence your decision. 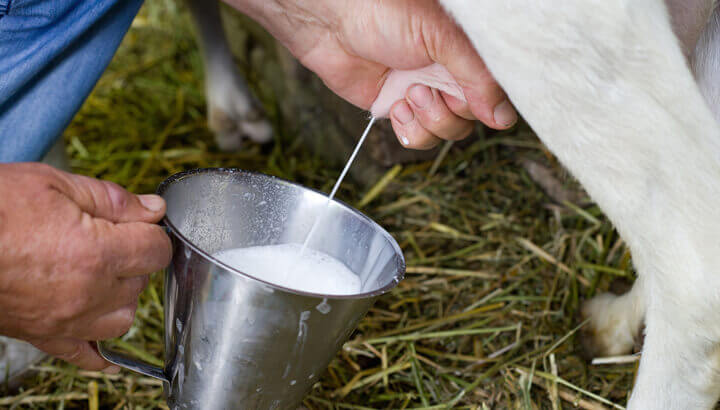 Natural enzymes such as lipase, lactase and phosphatase help your body metabolize essential nutrients. For example, phosphatase allows your body to better absorb the calcium content of milk and since these enzymes are so delicate, they only remain intact within raw milk.

It also offers more oligosaccharides than cow’s milk, providing an amount that’s similar to human milk. These beneficial probiotics support the growth of beneficial bacteria, promoting positive gut health. After all, raw milk is essentially a “living” food, offering health-promoting components that would otherwise be destroyed by heat during pasteurization.

3. Alkaline-forming to help balance the body

Unlike cow’s milk, as well as the majority of animal and dairy products which are acid-forming, goat’s milk is alkaline. When your body is acidic, this is when disease and other damaging conditions are able to thrive, due to increased inflammation. You can directly influence your body’s pH by changing your eating habits.

When your body is balanced, reaching a state of homeostasis, you will simply feel better both inside and out. Your skin will be clearer, you’ll have more energy, you’ll improve cognition, promote weight loss, and even slow down the overall aging process. Although pasteurized goat’s milk is slightly acidic, raw milk offers enough calcium to influence a higher pH, making it alkaline-forming.

When consuming goat’s milk, you benefit from more essential fatty acids — offering around 30 to 35 percent medium-chain fatty acids — in comparison to 15 to 20 percent in cow’s milk. In fact, the fat composition of goat’s milk is one of the most important components regarding its nutritional quality.

Although goat’s and cow’s milk share similar proteins, goat’s milk has been widely studied based on its level of tolerance among children. As stated in a study, published in Bioinformation, approximately 26 percent of children suffer from a cow milk protein allergy. Within clinical studies, when treated with goat’s milk, 93 percent of children with a cow’s milk allergy displayed positive results.

While studied in 38 children over a five-month period, it was found that those who drank goat’s milk surpassed those drinking cow’s milk in terms of weight gain, skeletal mineralization, height, and blood serum levels of niacin, riboflavin, calcium, vitamin A, hemoglobin and thiamin.

As stated by the director of Farmageddon, “my son was completely ridden with allergies and asthma until we started drinking raw milk as a family.” Supported in one key study, published in the Journal of Allergy and Clinical Immunology, it was found that raw milk consumption was inversely associated with asthma.